Skip to content
The War On Drugs Is Criminally Dumb! 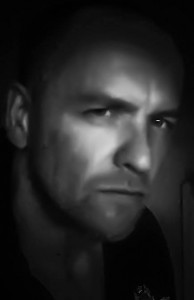 Here at Teesside Cannabis Club we were recently accused of becoming somewhat of a “community hub” thanks to our activities in recent years. You know why? Because we expose the absurdity of prohibition for what it is, criminally, insanely, dumb!!

We offer a perspective that few other clubs do. When we talk about cannabis, drugs is just one aspect of what we highlight. We proudly view cannabis as the multi purpose material resource that is fuelling an industrial revolution at a time when thanks to the Tories own massaging of their own numbers, they’ve pretty much opened up a glaring hole which exposes that there are currently around nine million people unemployed and four million kids in poverty as they seek to introduce legislation that will prevent them from being sued for the utter criminal cunts that they are.

Meanwhile we carry out a multi billion pound war on drugs that is state sponsored terrorism costing us billions, that is also fuelling terrorism across the world!!

Let’s break this down to the bare bones.

We’re waging a war to the tune of billions through the war on drugs against a resource in cannabis that can treat cancer and multiple other conditions and spurring a multi billion dollar industry that is saving countless lives daily, while simultaneously sequestering massive amounts of carbon from the atmosphere at a time of runaway climate change, and also securing energy independence thanks to biomass, biofuels and 21st century technology such as graphene at a time of fossil fuel divestment.

Meanwhile we’re subsidising fossil fuels to the tune of trillions and building a massive war machine to support an industry that is destroying the planet and displacing millions of people who are pissed off at the west for bombing the shit out of their country for their mineral resources while forcing those left behind to farm drugs for pharmaceutical companies that are killing literally tens of thousands of people every day.

The war on drugs and the war on terror are the same fucking war. And guess what?! We the great British public are perfectly fine with this scenario. Until those fleeing those wars wash up on the beach during our holidays of course. Its just not sporting don’t you know??!! 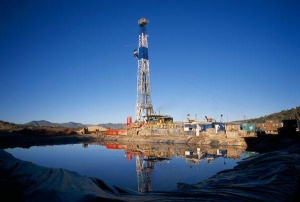 However if some of the forums and sites you go on and try to talk about cannabis as part of our energy solution are anything to go by, we are doing a damned fine job of creating a load of xenophobic, clueless, bigoted, little Englander fuckwits that are perfect fodder for the Tory media to mould their message to. I hope a lot of the anti frackers morals keep them warm at night while manning the protection camps.

I hope morals are a comfort to over zealous cops who are defending the destruction of their own pensions at sites like Preston New Road (only 35 miles from the National Graphene Institute) as they derelict their duty by violently enforcing an industry their constituents clearly don’t want to satisfy a political agenda. You would think they would have learned their lesson on this industry at Barton Moss (only 10 miles from the National Graphene institute that we’ve invested a few hundred million quid in), but no, seeing as they have a load of Sun and Daily Fail readers willing to take 30 pieces of silver for their kids futures they’ll still roll out each day to these sites while complaining about being over stretched. 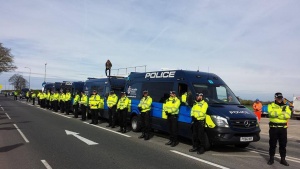 Don’t get me wrong, its not just the up their own arses anti frackers who dismiss you out of hand. There’s also those opposed to the privatisation of the NHS at at time when its on knees and could really do with the the support.

Analysis of latest quarterly figures have shown that 26,710 cancer patients waited at least two months following an urgent GP referral – 87% higher compared with the same period five years ago.The statistics, released by NHS England this week showed in June, two of eight cancer targets were not met, including the 85% standard for 62 days between referral from a GP and first treatment. The number of people waiting two weeks or longer for their first consultant appointment also rose by 121%.

And that’s just the tip of the iceberg at present!!

Then there’s the disability groups who can be downright obnoxious yet just about every major activist in the UK is also a patient. Meanwhile people with cancer and multiple other conditions in America are getting cannabis oils for free because the recreational industry is growing more than it needs and making way too much money. Anyone can just pop to a local dispensary and go pick up what they need without any issues at all. 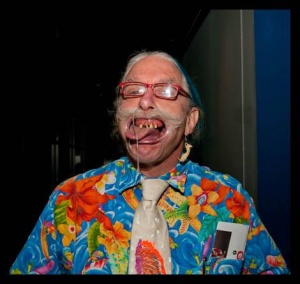 Cannabis culture is the Gesundheit institute on a global scale. Everyone’s a doctor and everyone’s a patient. Can you imagine Patch Adams turning up after a dose of oil?? I think he would be quite proud of some of the lunatics I’ve come across in this.

It’s like I keep saying, for a nation that prides itself on its intellectual capacity, we do an utterly shite job of proving it!! That’s the way the Tories like it though. That way they can rip everyone off with glaring publicity and get away with it. When you have a nation with the reading level of Sun readers, its easy to take the piss out of people and keep them fighting amongst themselves.

Teesside Cannabis Club take an approach to the war on drugs that we like to think that few others do. We break down its rhetoric and offer an alternative through education of what cannabis is and how it can benefit every aspect of our society. We have some cultural rivalries across us Geordies, Mackems and Smoggies; there’s an aspect to all of us that there’s no denying though. We’re an industrious people with a culture of community. 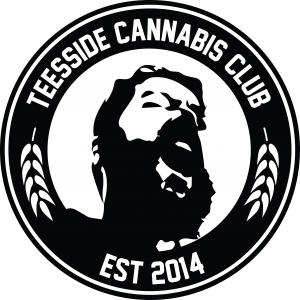 The war on drugs can be encapsulated by John Ehrlichman’s now infamous quote;

“We knew we couldn’t make it illegal to be either against the war or black, but by getting the public to associate the hippies with marijuana and blacks with heroin. And then criminalizing both heavily, we could disrupt those communities, We could arrest their leaders, raid their homes, break, up their meetings, and vilify them night after night on the evening news. Did we know we were lying about the drugs? Of course we did.”

The war on drugs is criminal conspiracy, fraud and terrorism on an industrial scale that has been the ultimate divide and conquer tool of the last 50 years!! It doesn’t just divide communities, it divides friends and families in pernicious ways that we all love to say would never happen these days, yet are taking place in plain sight every day!! Something that anyone whose family was caught up in the miners strikes, ship yard closures or cuts to fishing quotas will be able to sympathise all too well with.

Cannabis, because of its versatility as a resource can rebuild shattered communities across the region. Every industrial revolution worth mentioning has come from here. We fed communities on fishing while fueling an industrial revolution on coal and connected the world with rail and ships that we exported the world cup on. Yet Durham is now the third most deprived region in northern Europe. One has to ask, WHAT THE ACTUAL FUCK??? 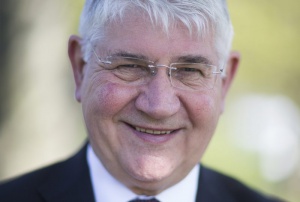 This is why allowing Ron Hogg to wind down the UK’s war on drugs in Durham is the right approach. Firstly, look at the man’s record. It’s all about saving lives. If there’s anyone we’re going to trust with this job, let it be him.

Secondly, the people of the area are going to make his job very very easy. Simply put, there’s one thing we do better than anyone else; we build industry on the back of community. If you want a 21st century industrial revolution, leave it to the people of the north east and we’ll give you a cannabis industry to be proud of.

Thirdly, Teesside Cannabis Club’s approach of building bridges between cops and community has a proven track record that has (and we hope will continue to) paid dividends for people across the region. Events held across the years from CannaCampFest to hosting a night of lectures at Newcastle Uni with the aid of SSDP Newcastle and Dr David Cassarett have created a solid foundation to build on.

Regular events now being held in the centre of Durham have been visited by police once and it was pretty much good natured. These events are bringing out a broad spectrum of people wanting to know about cannabis. Not just as a recreational or medicinal drug though. The industrial aspect of this debate is now picking up as budding (pun intended) entrepeneurs look forward to the green coal rush. Meanwhile a bricks and mortar club in Teesside is building what will no doubt be the foundations of the northern powerhouse as around 30 pubs per week close. Hopefully those Durham based home growers not getting arrested and enjoying their own produce on site will one day soon expand in to austerity smashing retail sales and proper coffee shop type dispensaries that are currently outnumbering MacDonalds and Starbucks combined in Colorado and act as potential replacements for the hundreds of rural pharmacies due to close thanks to Tory cuts.

Teesside Cannabis Club has become a community hub because we counter the division that the war on drugs has propogated for too many years. We dispel stigma because our hard facts and science negate opinions. This is a subject that crosses many diverse communities and affects everyone regardless of your perspectives on legalisation.

The best defence is a good education. Highlighting the social and economic extremism of the Tory party that is rapidly turning the UK in to a failed terrorist state would be kind of fun if it wasn’t so bloody serious seeing as we have kids starving as food banks run out of food and vegetables rot in our fields.

Cannabis is a balance point of a capitalist industry with so many jobs that it has a socialist agenda. However, as we build the club and as with all things, you can only lead the horse to water. Plenty hear our message, but even when laid out in common sense terms, there’s still plenty that would rather bury their heads in moral outrage to defend lies than admit they’re wrong.