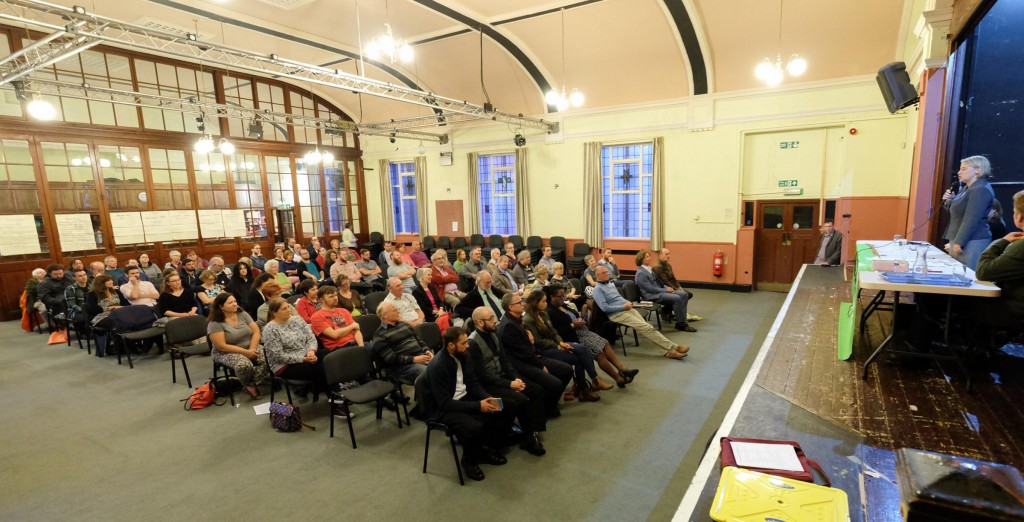 Well not a lot really in terms of publicly getting our questions in there, her handlers were on top form intercepting questions!

John Holiday and I arrived at the Bondgate Methodist Church Hall, Darlington around 6:50pm to a fairly well occupied room. We sat right at the front, no point hiding in the back we thought. We were asked if we wanted to ask a question, damn right we did, and then were handed a slip of paper each. Hmmm what shall we ask. Needless to say we had shown our hand too early, the questions were picked by the newly formed (that evening) Darlington Green Party  and they never touched upon our questions (12th October Debate & PCC decision not to chase low level cannabis production).

Ok so they may have been a little scared to openly debate drug reform at there newly formed chapter but fair play to them as they did invite us to further discussions at their regular meetings. As the questions about HS2 and climate change rolled by we were at least hoping to wedge our questions in there when they opened up the mic to the floor and the perfect opportunity arrived  Natalie started talking about petitions and change coming from us standing up and fighting, “politics is changing”, this was ideal we can ask her thoughts on the recent e-petition which is about to be debated in parliament, we both realised this was our chance, our time to shine… and they brought the occasion to an end… however they did say they would be going to the pub if anybody wanted a further chat… great a pub…

Not all was lost as John did manage to get a chat in with Natalie at the end. I apologise for the poor audio, but we can assure Natalie is aware of the cannabis club movements going on in the UK and in her response seemed wholly supportive.

We learned a lot from this little outing, like not to give our game away too early and to have decent audio and video equipment!