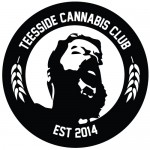 We have been in the media spotlight a lot recently and have lots of exciting developments on the horizon. So we thought that a blog would be the ideal way to keep you up to date.

What’s been going down lately?

It has been a fortnight since we held our second annual Canna Camp Fest smoke out in Redcar. This year the event had grown from a small gathering of merry campers to a large group of weekend revelers (Article about last years Canna Camp Fest). We had some top music performers with MTB from MediMonkeys and Gang:Greenz stealing the show! We threw some comedy into the mix and topped it off with some awesome food by The Carvery and American HotDog. The weekend went off without any police intervention and was completely trouble free, thanks to everyone that came… we flew the flag high and proud over the weekend. The local press turned out to cover the event and you can read the article on this years event here.

You may have heard about our little club through other means over the past month or so with a huge amount of press coverage. The Police Crime Commissioner for Durham Constabulary, Ronn Hogg has stated they will not be prioritising efforts when it comes to small scale cannabis production and it’s use. This does not mean it has been legalised or decriminalised in any fashion and it is still against the law in the UK to grow cannabis. This then followed by the media storm that hit John Holiday our club founder and Chairman of Teesside Cannabis Club. There were some positive and some negative but hey there is no such thing as bad press right? It wasn’t long before the Daily Mail sniffed out the story and wanted to do their usual hack job of an article and hounded half of Teesside before getting in touch with family members then eventually JH…. Lovely piece of investigative journalism.

Off the back of Ronn’s announcement a handful of other forces PCC’s decided to commit to the same line, however going one further the Head of National Police Chiefs Council Sara Thornton announced nationally that the police have to adopt new policies according to public concerns and the distinct lack of funding which the police have to face with severe cuts and more still to take place… Did I mention it’s still against the Law to grow cannabis in the UK… this is nothing new and the police have always had to make decisions of this nature… but I feel it does send a message of hope for the future and it is something to build upon over the coming years.

Following on from the crazy headlines in the tabloids it seems our link to the media world wanted to cover a Medicinal Cannabis story and published this article about Sandra Smith, a friend of Teesside Cannabis Club, who received the devastating news she had terminal cancer. Herself being a palliative care nurse knew what to expect in the near future and has taken the brave and bold decision to use Medical Cannabis, this has enabled her to fight for the legalisation in the UK where most in this situation would remain bed-ridden or wheelchair bound.

How can we forget about the petition which has been doing the rounds recently? With nearly 200000 signatures from the good folk of the UK this means the government will have to respond publicly not only that they also have to debate the matter in parliament… but there is a catch! A group of MPs that will get the final say on whether it is debated in parliament or not, you can read more about this in this article over at UKCSC.

I think I have covered most of the recent stuff that has been going down in the UK and the future is looking green, we are not there yet though and Teesside Cannabis Club and the rest of the UK needs you to keep on fighting, setting up clubs or joining your local chapters