The Conservative Government have announced today that Hinkley Point nuclear power station has been given the go ahead, despite the fact that;

“Hinkley’s construction costs are £18bn but the subsidy costs are an estimated extra £30bn over the lifetime of the plant. Renewables would also need a subsidy but not for as long and not tied to one single massive site”, he says.

“It will take Hinkley 10 years at least to start generating. How much cheaper would solar be by then?” 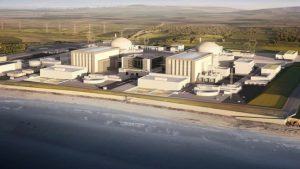 The Tories are also all out for shale gas in the UK. An industry that according to DEFRA will pretty much destroy local economies.

So, your house might be worth up to 7% less if you live within a mile of a fracking site (though other estimates say 10% or even up to 70% of the value could be wiped off) — and you might have to pay more for your house insurance in case of an explosion on site.

And if you rent, rent prices are expected to rise as new workers come into the area.

The report also highlights concerns about what happens to local economies after the frackers leave.

In case local people were thinking of working in the fracking industry, there is also uncertainty over “how sustainable the shale gas investments will be in the future and whether rural communities have the right mix of skills to take advantage of the new jobs and wider benefits on offer”. 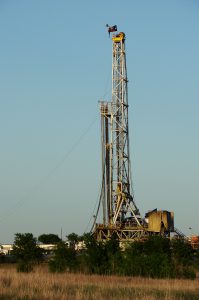 So the Tories are investing in nuclear (that’s working out well for the Pacific coast of the United States after Fukushima which is still pumping 300 tons of radioactive water per day in to the ocean) and fracking which is now being increasingly linked with earthquakes and methane releases, against all reasonable advice, at a time when the US has just declared that climate change is a threat to national security.

The last thing we want is American democracy being brought to bear on the climate!!

Since Hinkley Point was first devised in 2010 the cost of solar energy has fallen by 70%. Thanks to some very clever people though, it would appear that price is about to fall even further, and its all thanks to our favourite plant!

Graphene! A layer of carbon that is one atom thick, 100 times better conductor than copper, lighter than air, stronger than steel! Made from graphite/coal (which as anyone knows is a dying industry), it currently retails at around $2000 per gram. Made from cannabis, its $500 per TON! To put that in to perspective, that’s 907,185 grams at a saving of $1,814,369,500. 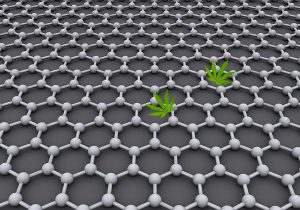 “Supercapacitors are next-generation battery storage components – the kind of technology that’s going to allow a solar-powered ranch like mine to charge a week’s worth of energy from an hour of sunlight. “

Amy Peradotta, hemp activist and chairwoman of the Portland Women Grow chapter agreed when she said;

“Using hemp cellulose to replace graphene in supercapacitor batteries will change how we store energy and how we mass produce electronic products from computers and phones to electric cars. Imagine a future where your electric car battery is made with hemp supercapacitor electrodes, the body of the car is made with nontoxic, lightweight hemp cellulose composite materials and the interior door panels and upholstery are made from hemp fiber. Then, we can also use hemp supercapacitors to store renewable energy for our indoor cannabis grow houses made of hempcrete. Pair that with solar panels and you have a sustainably designed, energy efficient cannabis production facility.”

If we already have the technology to power a house, as outlined by Amy Peradotta in the grow house design, then this can easily be adapted to residential houses at a fraction of the cost the Tories are currently proposing during a time of severe austerity.

This would also tie in with the Tory policy of building the northern powerhouse on Graphene.

Graphene & China In the Northern Powerhouse

And for us in the north east, Teesside in particular where the UK’s leading lab for developing this technology, Applied Graphene materials, is based, this would also bring much needed jobs that would replace those lost in the steel industry closures.

Its not like the funding isn’t there. We could tap in to the £1bn that was pulled from the carbon capture scheme last year.

This probably isn’t quite the carbon cature scheme that Stan Higgins, chief executive of NEPIC, would welcome I bet! No matter how important he believes carbon capture to the region is.

Cannabis will sequester around 22 tonnes of carbon per hectare and is far cheaper and far less damaging environmentally, than installing a plant to pump it all underground. 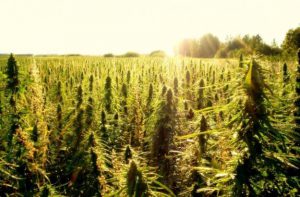 So, £18 per tonne to the farmer, which you’re going to spend around £377.58 turning in to Graphene, which in turn is going to give you limitless, off grid, free energy, for a one off investment, leaving everyone with plenty of extra money to spend on other things to stimulate the economy. Seems like a no brainer, right??

So why are we not investing in this technology to provide our country with energy? The usual! No money for the big corporations!! Don’t take my word for it, take it from billionaire Manoj Bhargava. Watch this film from 14 minutes and you’ll see what I mean;

The obvious question I have to ask in all of this, why is cannabis off the agenda as part of our energy solution??

Yet again the people of the UK are being taken for a ride by the money men. Fortunately, the future is only going to get greener as more and more people learn about 420 energy!