Skip to content
Graphene: The Game Changer Of The Cannabis Debate!

The Energy and Climate Change Committee have released a statement urging the government to redesign the capacity market to encourage energy storage. They say subsidies to this approach could save customers billions in energy bills.

I’m inclined to agree. At present we currently subsidise fossil fuels to the tune of £6bn in the UK with a further £3.7bn abroad, per year.

An industry that costs the global economy $5.3 trillion dollars per year in subsidies. 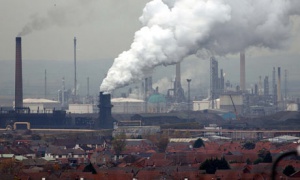 Resources that if we produce much more of, will put us in breach of the Paris accords on climate change. As George Monbiot pointd out in his Guardian column though….

“Governments can either meet their international commitments or allow the prospecting and development of new fossil fuel reserves. They cannot do both.”

And as for the wars this resource has created, I don’t think I need to go further. The human cost of this industry is immense!

The CCC have also said this week that….. 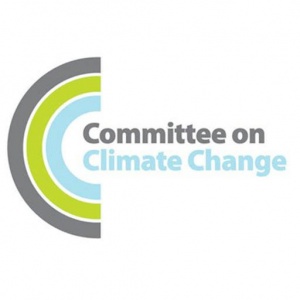 “The UK government needs to kickstart technologies to suck carbon dioxide from the air if it is to play its part in meeting the goals of the Paris climate change agreement.”

Carbon capture is a process that David Cameron said is “absolutely crucial if we are going to decarbonise effectively”, in 2014 before promising £1bn worth of investment. 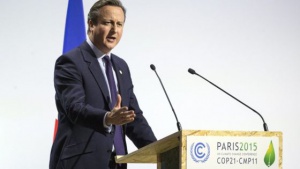 And then pulling it a year later!

Despite the fact that without some manner of carbon capture scheme, UK carbon budgets will increase by £1bn to £2bn per year.

The vast majority of carbon capture schemes involve scrubbing CO2 from the atmosphere and pumping it underground. The major issue being that a lot of these technologies are unproven and long term, obviously we don’t know what the results will be.

One of the best carbon sequestration resources we currently know we can rely on (particularly at a time when the UK is heading for deforestation), is cannabis!

Hemp will produce 25 tons of dry matter per hectare per year, with 1.83 tons of carbon, per ton of hemp produced, sequestered in to soil.

The Enormous Potential of Industrial Hemp

And for every ton of hemp produced, 325kg is estimated to come from the atmosphere.

The UK farming area is approximately 17.2 million hectares, made up of roughly 212,000 farming units, or holdings, each with an average size of 77ha.

That amount of land has the potential for a lot of carbon to be sequestered. A very profitable practice for farmers at current prices.

Farmers currently receive £13,500 per year in EU subsidies for leaving lands fallow. However working on current American market prices and exchange rates, they’re actually missing out on £30,769.23 for hemp and £769,230.77 for legal cannabis per ACRE!

As just about everyone should know by now who follows my blogs, a study was done some time ago that stated with only 6% of land put to use for hemp bimoass production, would wipe out the need for fossil fuels.

However this report was done before the discovery of Graphene. If you don’t know about this yet, where have you been??

Graphene is a layer of carbon that is one atom thick, 100 times better conductor than copper, lighter than air, stronger than steel! Made from graphite/coal (which as anyone knows is a dying industry), it currently retails at around $2000 per gram. Made from cannabis, its $500 per TON! To put that in to perspective, that’s 907,185 grams at a saving of $1,814,369,500.

As it turns out, it makes an excellent medium for next generation batteries known as supercapacitors. They are said to be so efficient as to be able to produce a weeks worth energy from one hour of sunlight.

Have a watch of this stuff being experimented on in a lab. The engineer can barely disguise his amazement!

What about us in the UK who don’t get much sunshine for our solar panels to charge our supercapacitors though?? Those graphene smarties have only gone and cracked that one as well with solar panels that work in the rain.

This technology is already being put to good use in transportation. Nano flow cell technology. Graphene and salt water.

Graphene is the future of our energy production and energy storage! The industrial benefits of graphene coming from a sustainable resource are obvious. What many people won’t know as well, are the medical applications. From bone reconstruction……

… to novel anticancer therapies where it is used to target and neutralise cancer stem cells.

Graphene, it would appear, is going to be playing an integral part of future smart delivery systems.

This is a material that George Osbourne wanted to build the northern powerhouse on.

The architect of which, Lord O’Neill of Gatley, has recently moved up to the house of lords. More about him and his role in this here;

£60 million has already been invested in to the Manchester Graphene institute.

I have to say it was with a heavy heart the day I saw the Tories trumpeting their graphene light bulb coming from that place.

So much potential and all the UK can produce is lightbulbs??

one of the leading labs for developing this technology in the UK happens to be in Redcar. An area that’s been hit by the loss of both steel and carbon capture.

For all of you fisherman out there who think your hemp carbon fibre rods arethe dogs, Applied Graphene Materials have just struck a deal with Century Composites  to reinforce their rods.

You know the best thing about this material though? Particularly when it comes to cannabis? Graphene is made from the waste. The stuff you would normally throw away!

Cannabis oils are already worth more per gram on the open market than gold and their medical efficacy well documented. Graphene is the game changer in this debate though! Yet again cannabis is proving as divisive a crop as ever. Even broken down to its very atoms in death, its industrial and medical applications seem to be limitless!