Theresa May has told the NHS that they must make efficiency savings to try to get past a £22 billion deficit and shouldn’t publicly appeal for more than £10 billion. At the same time, pharmacies have been told they face 12% of cuts in the coming year and 7% the following year, potentially leading to pharmacy closures. And those extra funds they promised for mental health services, have also turned out to be another lie with 40% of trusts having seen cuts over the last three years.

The greatest savings that the government could make in cost cutting for the NHS, is introducing a home growing model alongside the new medical coming in. 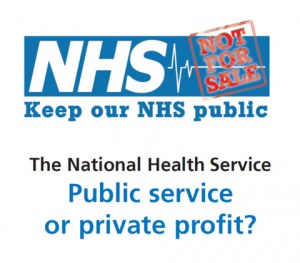 The real cost to the NHS isn’t the people it’s treating, the people working with within the service or so-called medical migrants!! The real drain on the NHS is big pharma!

Obesity-related diabetes is said to cost the UK £47 billion per year, with a further £5 billion in related cancers. A study, commissioned by consultancy firm McKinsey and Company, reveals obesity has the second-largest economic impact on the UK behind smoking, generating an annual loss equivalent to 3% of GDP. This condition is stated as being a greater burden on the UK’s economy than armed violence, war and terrorism.

Cannabis has been shown to treat diabetes in various studies, and as everyone knows, cannabis kills cancer cells.

If obesity-related diabetes is such a drain on the system, then what about mental health drugs? At present, we spend £5.5 million pounds per week on antidepressants.

To put that into perspective, that’s £268 billion per year!! Almost SIX times as much! Yet cannabis is turning out to be the ultimate mental health drug with plenty of stories and studies to back this up.

And antibiotics are £15.5 billion per year. 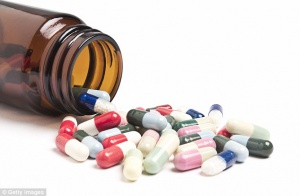 If you don’t know the script on the current antibiotics crisis, may I suggest you start your reading here;

Instead of putting junior doctors under pressure and screwing them out of their hard earned wages, maybe we should be taking a far closer look at those who supply our NHS services. 79% of them are Tories after all.

It’s not like this is an unrealistic model. Already, legal cannabis has saved MediCare, the American version of the NHS, £165 million in prescription costs since 2013. If it had been available nationwide, it is estimated that hey would have saved almost half a billion dollars.

Studies are showing that this transition is being led by seniors who are finding cannabis far more effective at treating their symptoms than pharma meds.

Because of this, the DEA have announced a 25% cut in opiate-related medications to be distributed to GP’s, due to the fall in demand.

On three groups of drugs, that’s £335.5 billion per year flowing through the NHS to big pharma companies. This is where the real efficiencies can be made in the NHS, rather than cutting essential services! 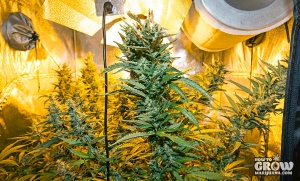 With a home growing model, everyone who needs cannabis to treat their various conditions can be taking personal responsibility for their use, as well as doing their bit to take a massive strain off a seriously underfunded NHS.

If you love the NHS, get a grow on the go and do your bit to help save it from the Vulture capitalists!