The Independent has reported that John Montagu, speaking in a House of Lords debate, has voiced concerns from farmers who did not expect to lose EU subsidies due to Brexit.

“How will [the Government] ensure that British farmers continue to receive these payments? We have already heard that they may not.

“There are fears that direct payments will be significantly less under the new Government because of the continuing need for austerity.” 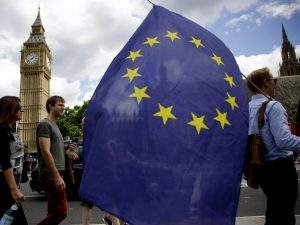 Yes, its dismays me too that they overlooked the fact that leaving the EU would lose them their EU subsidies but there you go! So what are UK farmers going to do to offset their losses?

There’s always fracking!! Or, they could finally get past the prohibition dogma of the last several decades and start farming hemp and cannabis! The current number one investor industry!

On the current American market, hemp is worth around $40,000 per acre

Barking up the wrong tree…

Cannabis is predicted to be an industry worth around $7bn this years;

At present, wholesale cannabis stands at around $1600 per pound.

How many pounds of cannabis can be produced per acre?

The UK farming area is approximately 17.2 million hectares, made up of roughly 212,000 farming units, or holdings, each with an average size of 77ha and receiving an average of £13,500 in EU support.

Earlier this year it was revealed the UK is currently heading for Deforestation. Shocking figures released by the Forestry Commission have shown a drastic decline in new woodland planting. Last year saw the lowest level of tree planting in a generation according to the Woodland Trust. The commission missed its trees in the ground target by a jaw-dropping 86%.

I think we all know the dangers of deforestation. If you don’t, may I suggest you start your reading at Easter Island.

Hemp, just plain old industrial hemp, produces FOUR times the pulp per acre than trees. It matures in a fraction of the time at just 16 weeks. The industrialisation of medicinal and recreational strains can be utilised to maximise farmers financial output from their lands, while giving forestry lands time to recover and get caught up.

By using rotation crop land for industrialised hemp and cannabis, we can avert yet another catastrophic Conservative policy. For instance, there is currently in Port Talbot a biomass energy plant with two more planned. They are to be fueled on foreign timber pellets. Why not introduce hemp and cannabis farming to the welsh valleys to fuel these plants instead?

With the closure of the steel plants in Port Talbot (as well as in Teesside and elsewhere), maybe carbon fiber manufacturing could be an added industrial extra? Or there’s always Graphene. A material that the Tories have said they want to build the northern powerhouse on. $2000 per gram from coal, which as everyone knows is a dying industry, or $500 per ton from weed. At nearly a $2bn per ton saving, the future of graphene is looking very green.

And if all of that doesn’t grab your attention, you may want to consider that at present, Colorado, a state of five million people, is currently turning over around $125mn per month in cannabis. The cannabis industry has an economic impact multiplier of four. This means that for every dollar spent on cannabis, three more are realised in the wider economy.

The options are there for farmers. Austerity is an economic agenda of debt based scarcity. It is an ideology! It is unnecessary! Much like the Iraq war, the war on drugs is a fake war! One that has surely been far more damaging and costly on a global scale. Cannabis can, will, is changing that paradigm!

With the UK now having around seven hemp farms (the 300 acre East Yorkshire Hemp is only 44 miles from Kirby Misperton where the first fracking licenses have been granted), and medicinal (all be it corporate cannabis at present, https://teessidecannabisclub.co.uk/?p=1473, https://jeffditchfield.wordpress.com/2016/08/11/upa-lions-led-by-donkeys/) on the horizon coming from a sector that has notoriously lobbied hard against legalisation for decades now for fear of loss of profits (http://herb.co/2016/09/16/pharma-company/), will farmers now facing up to the stark realisation of the loss of EU funding, get behind the movement for recreational cannabis in the UK to help lift their bank balances?

There are 769,230 reasons per acre for them to do so after all.
Big thanks to North Yorkshire Cannabis club and Rebecca York in particular for inspiring this one.